Despite the achievements in this field in recent years, concerning the chronic myocardial dysfunctions, pathogenesis, diagnosis and treatment management, the chronic heart failure continues to hold preeminence
in the structure of cardiovascular complications and remains now one of the leading causes of invalidity of young contingent and infant mortality, presenting one of the most pressing public health problems. This
requires looking for new methods of noninvasive early diagnosis with application of modern laboratory and investigational tests facilitating the identification in preclinical stages of chronic myocardial dysfunctions
(CMD) by assessment of new biomarkers of myocardial injury.
Objectives of the study. Hemodynamic parameters changes estimation in the evolution of chronic heart failure in children.
Material and methods. The study included 233 patients with chronic heart failure, of which 78 were children and adolescents aged 10-17 years with CMD secondary to arterial hypertension. The diagnosis of
arterial hypertension was established according to the ESA (European Society of Cardiology, 2009) recommendations, but the assessment of clinical manifestations of chronic heart failure was evaluated according
to NYHA (New York Heart Association classification). The estimation of hemodynamic parameters was performed using echocardiography method using “Ultramark-8” (US device A) under Mand Doppler.
Obtained results. In patients with arterial hypertension the types of concentric hypertrophy of left ventricular myocardial index mass (IMMVS) -59.2±14.2 and relative LV wall thickness (GRPVS) -0.46±0.22
cm were assessed. It is important to note that the study assessed the type of eccentric hypertrophy with IMMVS 66.4±7.6 and 0.44±0.25 cm GRPVS. Concentric geometric remodeling variant noted IMMVS
average value of 48.4±4.2 and GRPVS- 0.44±0.21 cm. Identification of LV hypertrophy, increased GRPVS, IMMVS increase, the MMV based on echocardiographic examination of the heart reveals the geometric
performance called “pathological remodeling” which actually confirms the occurrence of chronic myocardial dysfunction in patients with CHF secondary hypertension.
Conclusions. Early identification of changes of cardiac performance parameters (MMV, IMMVS, GRPVS, HVS) under the conditions of the persistent tensional over estimation, reveals the early development
of types of early myocardial pathological left ventricular remodeling and facilitates the options and diagnostic criteria of the heart remodeling in children with CMD secondary arterial hypertension in order
to choose a selected pathogenetic treatment. 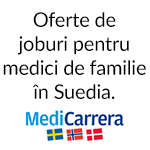